Is the Housing Market going to CRASH or are we just seeing a market shift? After the last couple of years, with buying frenzies for homes causing multiple offers, crazy accelerations in prices and home price appreciation seemingly going through the roof, I can understand why you may be thinking “this is just like before, we are in a housing bubble and the housing market is going to crash”, but let’s look at what the experts are saying to see what is really happening.

Let’s start with the economic slowdown.  This is a topic on your newsfeed, on the TV news, and quite frankly, everywhere.  The dreaded word….RECESSION.  If you aren’t hearing about the Jan 6 hearings, another mass shooting then it’s the economic news of a recession you are hearing about.  The news hypes this because it’s what sells, negativity and doom and gloom are what bring viewers and readership, so I can’t blame the media for exploiting it.  The definition of a recession is two consecutive quarters of negative GDP. So yes, the experts agree we are most likely heading for a recession.

But what does it mean for the Housing Market?  What about interest rates? Will they continue to go up?

Over the past five recessions, mortgage rates have fallen an average of 1.8 percentage points from the peak seen during the recession to the trough. And in many cases, they continue to fall after the recession technically ends, as it takes some time to turn things around, even when the recession is technically over.

Does a recession mean a housing crash?

The answer is history tells us that a recession doesn’t equal a housing crisis. In 4 out of the last 6 recessions, home prices actually appreciated from 3.5% to 6.6%.  The housing crash of 2008 did cause a depreciation in housing prices, however, that was due to the lending practices being used then, which are no longer an issue because of the 2008 crash. In fact, the impact of housing on the country is huge.  In every instance, housing has led the economy out of the recession.

What about selling? Is now still a good time to sell?

Obviously, that’s a question that is for you to answer, but you can make an informed decision with the right information. And all of the information is pointing to a seller’s market continuing.

Right now we are seeing more homes coming on the market.  This means more competition for your home.  We are also seeing  that offers over asking are declining because of that competition. According to Realtor.com, a month ago, 61% of offers were over asking price, and that number is now 55%.  The months of supply number has gone from less than 1.0% in January to now closer to 2%, but experts agree anything below 6% is considered a seller’s market so we are still well below that number.  Based on this information, now is still a good time to sell, and you still have a good chance of receiving multiple offers and over asking price.

How does this affect you if you are thinking of buying?

Let’s start with this quote from Lawrence Yun, “Home sales have essentially returned to the level seen in 2019 prior to the pandemic, after two years of gangbuster performance.” So what this means is that there are more options available, more active inventory on the market, less competition, fewer bidding wars, and therefore less upward price pressure. Which is all good for buyers. Housing prices are still projected to increase, just at a more moderate rate.

The forecasters from Fannie Mae, Freddie Mac, Core Logic all forecast a deceleration AND appreciation in housing prices.  So what does that mean?  Well, a deceleration just means we won’t see huge appreciation like we have over the last two years, but we will continue to see appreciation-in the range of 6.2-8.5%.

Now let’s look at the Home Price Expectation Survey which is completed every quarter and is comprised of 100 economists and housing market experts.  They project what they expect to see this year and the next four years for the housing market and what they are saying is that they expect between 8-9% appreciation in 2022 and then between 3-4% appreciation in the next four years.  So I will say it again, if you are thinking about buying, now maybe the best time for you to buy- you will still get appreciation after you purchase and if you wait- well you will only be paying more.

Housing Market Will Not Crash.

So I know this has been a lot of information and graphs etc, but to sum it all up, now is not only a great time to sell- while inventory is still historically low, but also a great time to buy  because home prices are only going to continue to appreciate- meaning you’ll pay more if you wait. So NO,  according to the experts, the housing market is not going to crash, housing prices will continue to appreciate, just not at double digits and market is simply shifting to a more normalized market. 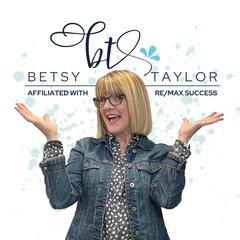 Betsy Taylor
Betsy Taylor is a fiercely committed and proven professional who will effectively guide you through your next real estate move. As a long-time resident of Montgomery County and certified REALTOR with a decade of experience, she has helped and served many clients with compassion, energy, and professionalism.